What Is A Fidget Toy?

When kids today say “fidget toys” they are referring to a group of toys that help your mind focus by occupying your hands. Science shows they help too. A 2017 Article by Flushing Hospital states “The result was a 10% increase in certain academic scores among students who used fidget toys. Even more impressive was that students diagnosed with ADHD saw an increase of 27% in the academic scores.

What are the Most Popular Fidget Toys Right Now?

Gone are the days where you fold your notebook paper into a fortune teller. (Remember those? If not here is how!) The original fidget spinner that started this craze has long since been abandoned by my kids and their friends. Below is a list with links of my daughter’s favorite types of fidgets right now.

Some I have ordered on Amazon (please check to see if it is fulfilled by Amazon or another seller. If not Amazon then it could be coming from China and take FOREVER to arrive if it ever does.) I have also noticed that the prices of these have increased since we first fell in love with fidgets and yes I know some are baby toys – it doesn’t matter the kids want them and love them.

These remind me of the days when I had a toddler running around the house. They have the smaller mini version or the larger and more desirable size.

The lure of these is the satisfaction of the “pop” made when the circle is pressed in and then popped out.

This fidget toy is much like the simple dimple but comes in rows. It is made of soft rubbery material and comes in many colors. The kids play games where you hide a marble under one and have someone pick a number. Then count each circle popping as you go. If you guessed the right number with the marble in it you win!

What you win exactly I have no idea but they find it fun. My daughter filled it with water one night and left it in the freezer. The next morning she popped out the cute little circle ice cubes for a video for TikTok. I have to admit I thought it was pretty neat.

Yes, I spelled that right. These are the colorful balls filled with something squishy that kind of stick together. I have linked the original Crayola version here and with a pic below. I will be honest and tell you I could not bring myself to pay $50 for them and could not find them in the store so I ordered a knock-off-brand.

These are supposed to stick to each other and make a “satisfying” sound when pulled apart. Kids also like to throw them against the wall to stick and on the ceiling. I bought these sticky ninjas from the Dollar Tree last year that “ninja’d” down your wall when you threw them. They were pretty cool to watch.

My dad tossed them up on the ceiling and all my kids and their friends thought it was the coolest thing to see them hanging. (Yes it was pretty cool I must admit) EXCEPT that I had tall ceilings that I could not reach. The ninjas wouldn’t come down with a broom and eventually stuck so long that when I pulled them down before listing my house I saw tiny pink circle stains on my white ceiling. Be warned- they could stain your walls or ceilings.

Ye Olde Stress Ball but with a Twist

I am not exactly what the official name is for these “squish balls” maybe but they are like the stress balls that I had as a child and are still sold today. Now they are sold filled with slime or goo or those little water beads. Variations include “DNA Balls” and “Nee Doh Balls.”

By variation, I mean that they are filled with smaller round balls, a crunchy sounding material, or a soft dough like substance. They do feel really cool to touch but I found the kids are so rough on them they often split. The kids also LOVE to cut them open just to see what is in them. It is pretty cool but then you just toss it and be ready for a mess. You can get these at Dollar Tree, Walmart, or Target- any big box store usually carries them and they should not cost too much.

This is a term my daughter uses to refer to anything that is spongy or squishy.(I am not sure if that is an official title or just the general term used)  I have seen these in the toy area of every store we go to and they have ranged in price from $1 to $12 depending on the style.

Dirt and animal hair do stick to the ones that are gummier like and the kids enjoy giving them baths in bowls of warm soapy water. There is a brand called Mochi that are smaller and the ones she likes to bathe.  I feel like I need to warn you that small children or pets could possibly take bites out of these and that would be a real choking hazard.

I must admit these are fun to play with as an adult. You just open and flip and open and flip and the cube goes on infinitely. They come in pretty colors too. I have not seen these in the big box stores but found some on Etsy that we ordered.

These are kind of self-explanatory. You just try to untangle them. They come in pretty colors and sizes. You can check them out here.

These have been around since I was a kid and I did think they were cool when I was little. I remember finding them at the Dollar Tree but haven’t seen them there lately when on fidget hunts with my girl. They are basically tubes of a liquid rolled and turned inside out in flexible clear plastic. The ones pictured I ordered off Amazon and they are better quality than the ones I found years ago at the Dollar Tree.

A pea popper was the first fidget I bought my daughter when this whole obsession first started. I think they are super cute. Yes, it is a green pea shell with a lighter green pea that pops in and out! These are my personal favorite. My daughter likes it but does not devote a lot of time to playing with it.

HomeMade Globbles -Since many other parents share my sentiment about not spending hard-earned grocery money on these strange balloons, kids have been making their own. We attempted many of the DIY globbles ourselves. Basically, you fill balloons partially with air then follow a series of washing them with soapy water, drying them and repeating several times or applying perfume to them and letting them dry. They did eventually become sticky and stick together but only for a short while. We got our balloons at Dollar Tree. For a tutorial, search “DIY globbles” on youtube or Tiktok and close your eyes and pick one! Let me know if one works for you.

We bought balloons at the dollar store and my daughter spends her days filling them up with beads, flour, sprinkles, kinetic sand, or the insides of old squishy balls she has already destroyed. These are fun but like everything can easily spring a leak if there is liquid inside. It is neat to experiment with the different textures though. Just get a balloon and fill it up with whatever you want. Sometimes my daughter cuts the bottom off a plastic bottle and puts the balloon over the mouth to create a funnel. That might help to fill it more.

My daughter made simple dimple knock offs at home. Be warned they will use an abundance of clear tape to make them but they worked for us. I was pretty impressed. It also took her a while to complete and she practiced fine motor skills using scissors and tape. There are lots of tutorials out there. Some involve just paper and tape like ours and others involve cutting into plastic water bottles. Take your pick and test your luck!

There is some kind of DIY out there for just about all the fidget toys. Some are worthwhile and lots of fun but a lot of them fall short and it is just easier to purchase the toys in my opinion.

Somewhere in the strange internet world, particularly on youtube and TikTok is a phenomenon of what the kids call “fidget trading.” You may have heard the videos in the background. The kids (who call themselves “fidgiteers”) don’t actually trade anything at all but instead pretend to be trading with others. They make offers and tell what they think each fidget is worth. They discuss “adding more” to make sure it is a fair trade.

My daughter has made her own videos on fidget trading and they got some pretty good traction. I am not really sure where it came from but I believe it is a spin-off of the trading they do in the Roblox games like Adopt Me. Either way, my daughter is learning communication and bartering skills if you want to look on the bright side. Sometimes we will divide up her fidgets and pretend to trade them with each other as a little game. I honestly don’t get it but she thinks it is fun.

If your child has a fidget toy obsession like mine, here’s hope. 1) Fidgets allow their brains a little help in processing all the information being thrown at them. 2) I do think she learns better during virtual school when she has something in her hand. 3) She told me when she has her fidgets in her hand she does not bite her nails (preventing germs hallelujah!) 4) It could be a worse obsession (last year it was slime and that about did me in!) 5) Let them be kids and play! They will only be little for a short time! 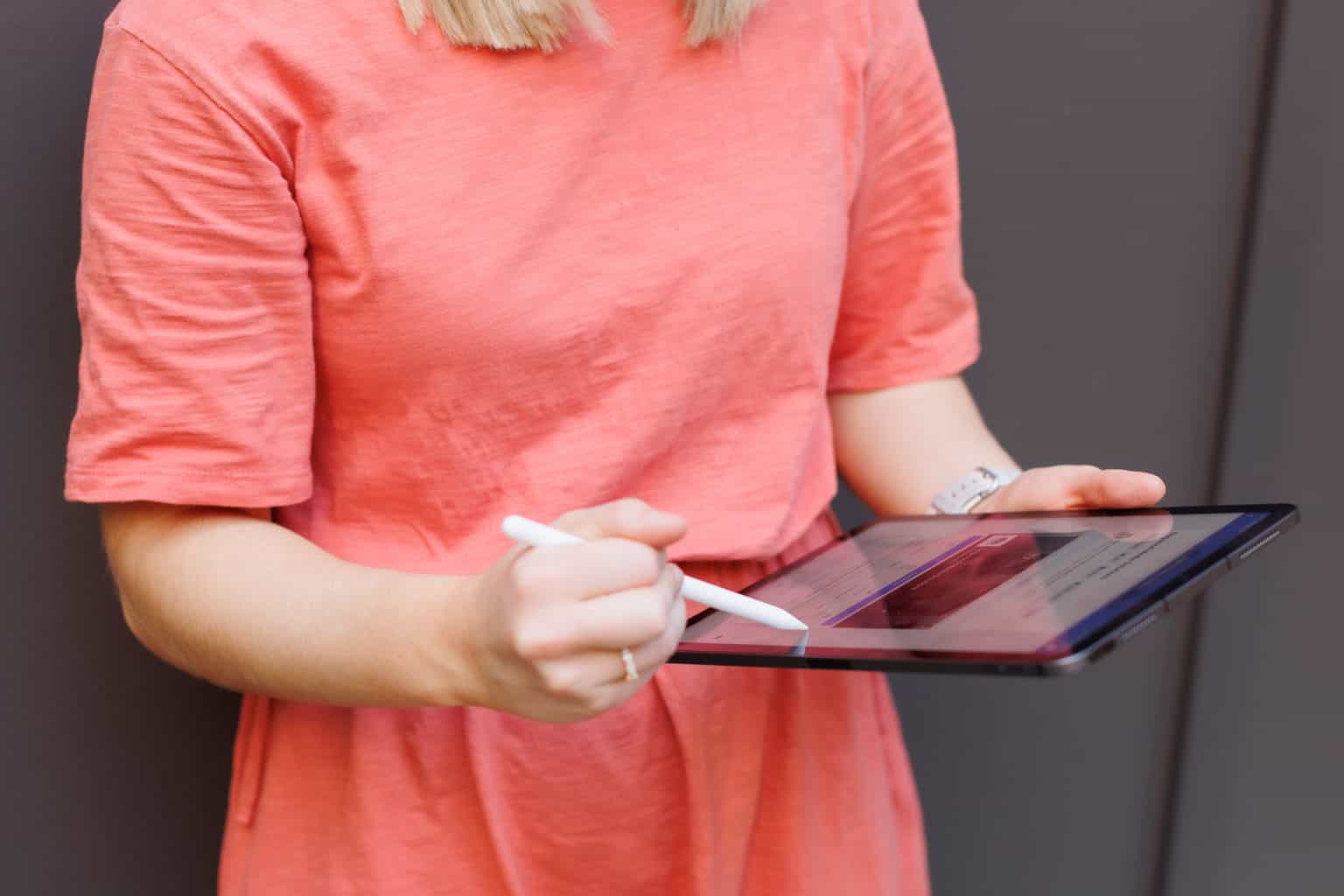